The Last of Us game is now being adapted into a TV series by HBO and they are hiring some of the best names to help the project. The title received huge appraisal for its gripping plotline and layered characters and is one of the most successful action-adventure game. The Last of Us Part 2 game is about to release in May 2020 and it has already sold a record pre-order copies.

HBO and Naughty Dog gaming studio have come together to pick up “The Last of Us” for a TV series, making it the first time the 2013 video game will be adapted into a live-action property. Joel and Ellie are the main characters who start a journey across the post-apocalyptic United States and fight for survival. Here is everything you need to know about The Last of Us HBO TV series release date, trailer, plot, cast, and PlayStation game connection.

The Last of Us TV Series Trailer and Release Date

The Last of Us TV series production won’t start until the recent game sequel is launched by Naughty Dog. The Last of Us 2 release date is May 29 and once the work is done, the gaming studio will collaborate to create the TV show. Naughty Dog’s Neil Druckmann and Chernobyl series creator Craig Mazin will work together to develop the action-adventure “The Last of Us” TV series.

The show will be produced by HBO, Sony Pictures Television and PlayStation Productions. The Last of Us series scriptwriting process will start after Druckmann finishes the game sequel. Ever since Netflix’s “The Witcher” series was a huge success, video games to show adaptations are becoming the new trend. The Last of Us HBO series could come out in late 2021 or even 2022 with a trailer released around 6 months before the premiere.

The Last of Us TV Series Plot, Cast and Game Connection

The Last of Us TV series plot will be very closely related to the games and there won’t be any major changes. However, the TV show might explore more of the post-apocalyptic world and have several new characters.

It won’t act as a sequel or follow-up to “The Last of Us” PlayStation games and instead will be a direct adaptation. The Last of Us HBO series cast is yet not final but fans want Nikolaj Coster-Waldau and Sophia Lillis to play Joel and Ellie respectively. 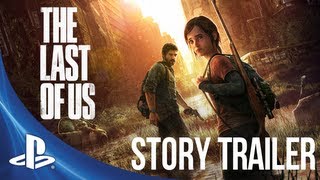