Tesla Model 3 is among Tesla’s hottest selling and most popular Electric Vehicles. The car has been appreciated by a number of users and has been rather successful, especially considering the relatively lower price point it has come out at!

Let us take a closer look at what McElroy has to say about this car:

For someone who has been reviewing cars for over 35 years now, McElroy is indeed a legend in the automobile community! His review of the Model 3 turned many heads.

However, comparing it to some of his own reviews in the past and other reviews that have been done for the Tesla Model 3, this was relatively brief!

Nevertheless, it was pretty cool to see the legendary reviewer checking out this car. While he finds most of it pretty impressive, there is one thing that McElroy didn’t really like. Here’s what it is:

McElroy not a fan of Tesla’s Autopilot

The one thing that McElroy wasn’t really so keen on is the autopilot. Especially given that there was a lot of hype behind it already. He pointed out that the autopilot handles certain situations well such as changing lanes etc.

However, he said that it wasn’t a success when it comes to handling complex decisions such as cloverleaf exits. He added that those who drive the Tesla Model 3 need to be careful while on the autopilot mode. 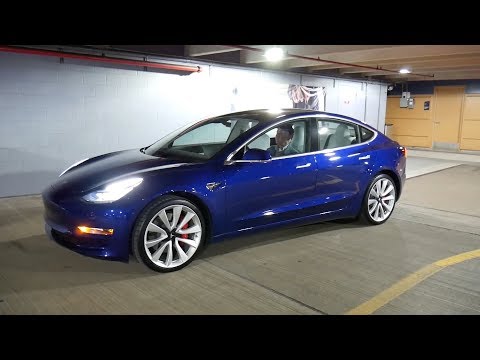