Earlier predicted to run for five seasons, Supernatural is the longest running TV show of America and its currently on the fourteen season and he next season of the show, Supernatural Season 15 is already in talks .

The fans don’t have to worry about its cancellation and can continue to enjoy the endless adventures of Dean and Sam Winchester. Eric Kripke, the showrunner, took almost ten years to develop the show and got rejected by several network heads.

Fortunately, he got lucky in 2005 when the WB (now the CW Network) gave it a green signal. Other show runners include Sera Gamble, Andrew Dabb, Robert Singer and Jeremy Carver.

The show is all about the story of a family, sacrifice and love. Dean and Sam are in search of their father after their mother lost her life in a strange fire. They encounter several supernatural creatures on the search for their father.

The two brothers defeat them all with courage as they remember the training given by their father. The story continues to follow the brothers on their journey to defeat big villains across the towns in America.

The expectation for another season is rife as the network executives have shown positive intention for continuing with the show. The show leads Dean and Sam are planning to drop their roles due to long filming periods of the show. The network is trying to reach a compromise with the leads. 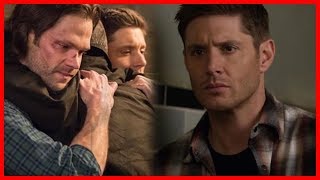 The cast members are not decided yet for Supernatural Season 15. But here are some members who you can expect in the next season: