Super Bowl 2020 will be the most viewed TV event and millions of people from all around the globe will be watching it live. It means the Super Bowl LIV halftime will have the biggest ads and trailers for upcoming movies and TV shows. The Super Bowl ad spots are so costly that the producers have to pay $5.6 million for just a 30-second spot during the halftime.

Disney confirmed to have purchased multiple slots for Super Bowl ads. Could be a lot of other things (Mulan and/or Soul ?) but they could also do a Black Widow spot and/or a Disney Plus spot.

Super Bowl 54 will be played between the Kansas City Chiefs vs San Francisco 49ers on Sunday, February 2, 2020, at the Hard Rock Stadium in Miami, Florida. Here are the confirmed and rumored movies and TV series trailer that will be shown during the Super Bowl 2020.

Super Bowl 2020 is such a popular event that there will be trailers before the game, during the halftime and also after the game is over. Here are the almost confirmed movie trailers that will premiere at Super Bowl LIV game.

Super Bowl 2020 will also be the place to air trailers for upcoming TV shows and Amazon Prime’s ‘Hunters’ starring Al Pacino has already been out. Here are the other TV series trailers that could debut at Super Bowl 54 game. 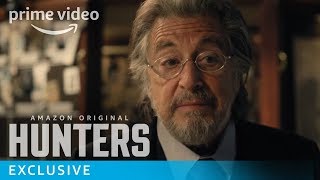