Star Trek: Picard Season 2 has been confirmed to be renewed even before the premiere of the first season. CBS All Access had received a lot of buzz for the show and decided it is the right time to start another season. Star Trek is such a huge franchise where every show and movie is connected and exists in the same universe having a massive number of fans from each generation.

We are about 10 days away from the premiere of #StarTrekPicard, so it’s a delight to share with you that we’ve been renewed for a second season! Excited to get back to work and for you to see what our amazing team has created for season one.
📷:@cararobbins @GettyImages pic.twitter.com/YpVn173TkE

It is why the network head renewed Star Trek: Picard season 2 without any kind of hesitation. Picard’s pilot episode is yet to air on CBS and we already had the announcement for season 2 by the lead playing the iconic role himself, Sir Patrick Stewart via his Twitter.

CBS All Access Executive Vice President of Original Content Julie McNamara announced the renewal of Star Trek: Picard for another season. “The premiere of Star Trek Picard has huge levels of energy and excitement, reaching a magnitude greater than everyone at CBS All Access could ever hope for,” McNamara said in a recent interview.

The network noticed that fans are excited for Star Trek: Picard show and knowing that the second season is renewed, they will be more interested as it gives them an assurance that the full story will come out and it won’t be canceled in between. Sir Patrick Stewart himself said that he is excited to get back to work and want the fans to see the season one created by his amazing team.

Star Trek: Picard season premiere will air on January 23 on CBS All Access and season 2 could have a release date of late 2020. 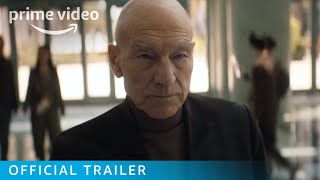