South Park Season 24 is the next installment in one of the longest-running American animated TV sitcom. The cartoon series famous for its dark humor and surreal satire was premiered on Comedy Central and is created by Trey Parker and Matt Stone. Even though South Park is an animated show, it is intended for a mature audience preferably above age 18.

There are reports that production of season 24 of South Park has been affected by the recent COVID-19 outbreak. The show revolves around the bizarre adventures of four boys in the fictional town of Colorado. Here is everything you need to know about the “South Park” Season 24 release date, trailer, cast, plot and delay in production due to Coronavirus pandemic.

South Park Season 24 is slated to premiere sometime in the Fall of 2020 but there are some chances that it might get postponed due to Coronavirus. There were also reports that South Park will be canceled based on the poor ratings of the previous season but Comedy Central denied such rumors and confirmed that the show will continue till 2022 and have 26 Seasons. If things go right, South Park Season 24 trailer should be out around June or July this year.

South Park is a show about the lives of four third grade boys, namely Stanley “Stan” Marsh, Kyle Broflovski, Kenneth “Kenny” McCormick and Eric Cartman. The group does a lot of mischiefs and engage in surreal activities creating a lot of trouble around the town.

There are a lot of dark humor and adult jokes involved, which makes the show suitable for a mature audience. Trey Parker, Matt Stone, Moona Marshall, April Stewart, Adrien Beard, and Jennifer Howel are few of the voice actors that will return in South Park Season 24 for sure.

South Park Season 24 could be delayed as Comedy Central has halted the production of all their shows for the safety concerns of cast and crew. Everything is under lockdown due to the Coronavirus pandemic and it has affected major TV shows and movie production including South Park.

Although, it is an animated show which means work can be done remotely from home. It will be clear very soon that “South Park” Season 24 is delayed or will release in the Fall of 2020 as per the original schedule. 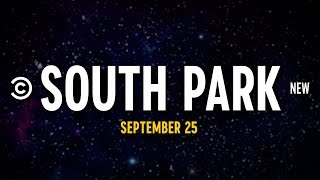