Sony PS5 is slated to release at the end of this year but there are hardly any official details out about the gaming console. There are a few rumors that Sony will have an event this month and share some new technical details for the PlayStation 5.

The much-awaited next-gen gaming console from Sony has been kept a secret whereas the rival Microsoft has shared so many specs and features for the competition Xbox Series X. As per some news reports, Sony will have an online event on March 18, where the technical details regarding storage, processor and graphics for the PS5 will be shared with the world.

Sony PlayStation 5 details were first shared in 2018 by Mark Cerny who revealed details about the Solid State Drive and AMD processor for the console. Many of the game developers also revealed key specs and features for the upcoming gaming console. Sony Interactive Entertainment President Jim Ryan also confirmed the foundations of the future technology on which PS5 will be based.

The Japanese gaming console giant will share new technical details about the PS5 soon at the March 2020 event, if it’s not canceled by the Coronavirus pandemic. Fans are expecting to know more about the processing power, storage speed and capacity and display graphics for the PlayStation 5.

PS5 vs Xbox Series X: It is time for Sony to Show the Cards

PS5 vs Xbox Series X rivalry has not started yet as we know nothing about the gaming console from Sony. Meanwhile, Microsoft revealed the first look of the Xbox Series at the Game Awards 2019 and has been regularly updating information on the console.

The tech demo and main specifications about the new Xbox model were shared recently and fans are amazed by the features. It is now the turn of Sony to show their cards and show how serious they are in the competition. Sony PS5 specs and features reveal will make the gaming console competition much more interesting. 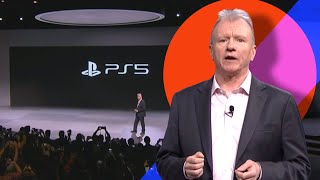