Sony PS5 specs and features details are not out despite the gaming console has set up its official website. Microsoft, on the other hand, has shared new details about the upcoming Xbox Series X and they are confident in their product. Fans are also furious as Sony have canceled its appearance in two annual gaming events and it makes the wait for PlayStation 5 more difficult.

But there have been certain leaks for the DualShock 5 controller that will come together with the gaming console. It is rumored that the Sony PS5 controller will come up with biometric sensors such as heart rate and sweat sensor which will make the gaming experience much more immersive.

Sony PlayStation 5 controller is rumored to feature a microphone for voice commands, an embedded touch display, along with additional buttons on the backside. However, the recently leaked patent document shows the biometric sensors which could slide into grips of the controller or can totally cover the buttons on the side.

The function of the sensor on the PS5 controller is to detect electrodermal activity which can measure how much the player is sweating along with monitoring the heart rate. It could be one of the best features in PS5 that will improve the gaming experience on a whole new level.

Sony PS5 plans to collect the data from players and send it as an output to the gaming core so that it can adapt dynamically as per their stress level. It would be so cool to play horror games which would change the intensity based on a player’s heartbeat, making it much more immersive experience. If the setup is a success, more and more gaming consoles and game developers will introduce the same feature, making Sony PlayStation 5 the pioneer of visual stimulus gameplay. 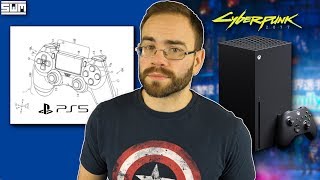