Sony PlayStation 5 might be coming out very soon as there are a lot of reports indicating the same. The recent news that the PS5 website is now live in several countries confirms the release date and launch of the next-gen gaming console. While the website doesn’t reveal much information, it indicates that an official announcement about the next PlayStation will be made very soon. Here are more details on the PS5 official website and speculations on the release date and tech specs of the gaming console.

The PlayStation 5 website is up and running for several countries hinting that something big is happening soon. While many of the users thought that it must be a joke or fake website, the website is verified and acts as the official site for Sony PS5. UK, Germany, India and several other countries have now live access to the Sony PlayStation 5 website which prompts the users to enter their information for receiving the latest update on the gaming console.

The PS5 website for now reads out, “We’ve begun to share some of the incredible features you can expect from PlayStation 5, but we’re not quite ready to fully unveil the next generation of PlayStation. Sign up below to be among the first to receive updates as we announce them, including news on the PS5 release date, PS5 price and the upcoming roster of PS5 launch games.”

Sony PS5 is hyping up the launch of its product through the website and teasing fans about the console. It will have a faster load time, more memory, less lags and will feature a powerful CPU, custom GPU, and SSD for storage. Along with that, it is said that PlayStation 5 will have backward compatibility meaning you can even play the older games from previous PS models.

There will be several exclusive titles released alongside PS5 such as GTA 6, God of War sequel and more. Sony PS5 will release in holidays 2020 meaning somewhere around October-November this year. 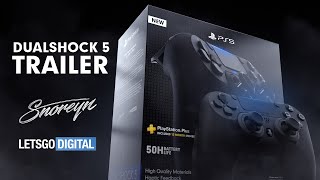