Sex Education Season 3 is coming soon on Netflix and fans are very excited to get their favorite series back. Netflix has confirmed the third season of the teen drama series which revolves around sexual intercourse and the biological effects related to it. There is also a Sex Education Season 3 trailer released on Youtube hyping up the series premiere. Here is everything you need to know about Sex Education Season 3 release date, trailer, plot spoilers, cast and other updates on the Netflix series.

Sex Education Season 3 announcement trailer was released on YouTube last month which confirmed to the fans that the next installment of the Netflix series is coming soon. There was no premiere date mentioned and the show is currently filming.

Sex education is such a good show 🥺 season 3 hurry up please pic.twitter.com/31YQ4faUcT

Sex Education Season 3 will most probably release at the start of 2021 based on the previous production schedule. But the recent Coronavirus pandemic might affect the filming as Netflix has halted the shoot of almost all their shows. Depending on when the Coronavirus outbreak is over, season 3 of Sex Education might get some delay in the premiere.

Sex Education Season 3 will bring back most of the cast members along with some new actors as the show doesn’t have any surprise deaths similar to the fantasy shows. Here is the confirmed list of actors who will return for the next season of Sex Education on Netflix.

Sex Education Season 3 Plot Spoilers: What will Happen Next?

Sex Education Season 3 plot will explore the future relations of Otis and Maeve after the two had a big fight in season 2 finale. Maeve’s mother and her drug addiction will also be a major plot point in the next installment of the teen drama series. Aimee’s sexual assault on the bus will also be an important plot point in “Sex Education” Season 3 along with several new storylines and relationships. 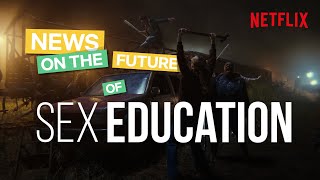