Rick and Morty Season 4 is less than a month away! With the levels of hype and excitement hitting an all-time high, the show has officially announced that Season 4 Episode 1 of will be coming out on Sunday, the 10th of November. Fans had been waiting for a release date for a really long time and they finally have it now. However, there’s one thing they’re disappointed about. There are only going to be 5 episodes! But hang on – there’s a twist.

There are five episodes this season – but they’re not the only episodes! Read ahead to find out more on this.

anyone excited for Rick and morty SEASON 4!!!

The fourth season of Rick and Morty is going to feature 5 episodes – but that’s most likely going to be the first half of the season. The show will then go on a season break and will be back in 2020 with five more episodes! There’s no way that the creators of the show give fans just five episodes after a break that has lasted over 2 years.

To add to this excitement, there’s a good chance that Rick and Morty Season 5 might come out later in 2020 itself, with two more batches of five episodes each.

For those who have been living under a rock, Rick and Morty Season 4 airs on Adult Swim on 10th of November – this means that the first half of the season would run from 10th of November to 8th of December. This is a good strategy from the developers of the show as well as the network execs to ensure they get a good viewership during the Thanksgiving-time holiday season! 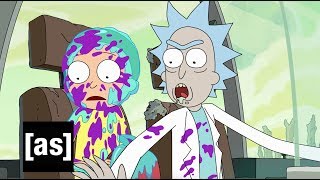