Rick and Morty Creators on the Episode Delay

Rick and Morty Season 4 break has made the fans very angry as they have waited years for new episodes previously. Justin Roiland and Dan Harmon, the creators of the animated show have assured fans that such long breaks won’t happen again as Adult Swim has ordered 70 new episodes in the series.

Give your scrolling finger a break. pic.twitter.com/xjDtqKlgCs

The makers of Rick and Morty said that there will five to six more seasons of the show and they can work in advance to avoid any kind of production delay. It doesn’t explain why Rick and Morty Season 4 Episode 6 is taking so long and there might be a different reason behind the delay. The showrunners promised fans that there will be no more delays but the wait for Episode 6 in the fourth season is making the viewers angry.

Rick and Morty Season 4 Part 2 is going through several reshoots as the creators are changing the storyline. It is a common process for such shows where the story is changed afterward if the makers feel like something is missing or needs to be added.

Spencer Grammer, the voice actress of Summer Smith revealed that she has recorded her lines for Rick and Morty 4.10 but those things change a lot. The production of Rick and Morty is taking time to process the story changes and it why the sixth episode of the fourth season has been delayed. 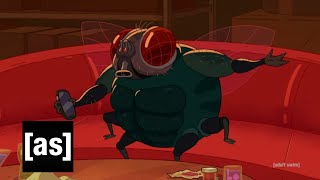