PS6 release could happen soon as there are reports of Sony working on a more powerful version of the next-gen gaming console. Sony has not shared any details about the upcoming station but there are leaks mentioning two different console models. Xbox Series X will have a powerful 12 teraflops GPU, as revealed by Xbox head Phil Spencer and it means that Sony will also have to come up with something powerful to keep up the competition.

There is a new leak which claims that Sony is coming with a more expensive and high-powered next-gen gaming console that could exceed the teraflop count of Xbox Series X. It is still not clear whether it will be called as PlayStation 6 or PlayStation 5 Pro, but the release status of the alleged PS6 has been confirmed ahead of the PS5 launch.

The leaked reports are saying that Sony is preparing to release two variants of gaming consoles this year, the regular PS5 and the powerful PS5 Pro or PS6, whatever the name is revealed. The same leaker also mentions that both Sony and Microsoft will launch a couple of next-gen gaming consoles over the year and the 12 teraflops Xbox Series X is the higher variant where the regular base variant will have a lower GPU capacity.

It is also mentioned that the base PS5 model will have 9 teraflops GPU and the powerful PS6/PS5 Pro will have a much higher teraflop count, even more than Xbox Series X. The alleged PS6 model could cost around $600 where other specs and features will also be upgraded.

Sony and Microsoft are both rumored to launch two variants of their upcoming gaming consoles since the last year. While none of the company has confirmed the rumors, Sony Interactive Entertainment Executive Vice President of Hardware Engineering Masayusu has talked about the introduction of PS6 (PS5 Pro) last year.

There is a new leak from a potentially credible source that claims Sony has plans to release two models of the PS5. A base model and a Pro model. This would explain the constant ping pong between all the different sources when it comes to specs. https://t.co/0BBYWj8Gf4 pic.twitter.com/oF3GvEWfPj

The only thing not clear is that how much time it will take to release after the PS5 is out. While some say that Sony will take a few years to launch PS6, other rumors say that PlayStation 6 and 5 could be released together. 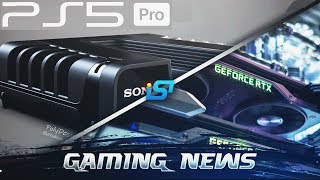