Sony PS5 specs or any kind of details are not out officially despite the competitor Microsoft revealing the design and technical details for their upcoming console Xbox Series X. The PlayStation 5 maker also has to debut their gaming console and share with the people what they are bringing to the stores this year.

It seems that Sony will join the race soon as several specs and features of PS5 has been revealed to the game retail chain as they start the pre-registration process. Here are more details on PlayStation 5 leaks and specs, along with a comparison with Xbox Series X.

Sony PS5 pre-registration has started in some regions and very soon the page will be open for all. Fans who are looking to purchase the latest version of PlayStation can register themselves and get a copy of the gaming console once it is available. Along with that, several important PS5 specs and features have also been leaked regarding the powerful gaming machine. But still, Sony has not shared any information or numbers regarding processing power, storage size, and price for the PlayStation 5.

Sony PlayStation 5 full specs and features have not been revealed but it seems that the console will need a lot of upgrades based on the things Xbox Series X is offering. PS5 vs Xbox Series X comparison will get a lot tougher this year as both companies are offering their best gaming consoles.

It is rumored that Microsoft is upgrading Xbox Series X with multiple save states that can suspend up to five titles with virtually no loading times. Also, the upcoming Xbox will stay active and keep all stored games saves active even after a reboot. It means that Sony will have to up the game and add something new in PS5 to stay ahead in the competition. 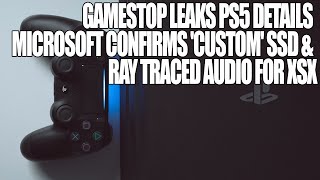