Sony has confirmed that PlayStation 5 gaming console will be their next big product and it could come out in year 2020. It means gamers can rejoice as their favorite game titles will be back in their latest version on the PS5. There are also rumors about several games that will be exclusive to the PlayStation 5 and it has made the wait worth it. Although nothing is fixed, the following game titles could be released on the PS5 very soon.

The PlayStation 5 will be released at the end of 2020. pic.twitter.com/EnKkUSs74J

GTA fans have been waiting for the Grand Theft Auto 6 game for many years and Rockstar has not confirmed anything. But the speculations suggest that it could be out soon with the Sony PlayStation 5 in the next year. Vice City (Miami) and Liberty City (New York) will the returning locations. The biggest confirmation could be taken from the news that Rockstar has delayed Bully 2  for 18 months as the developers are working to finish the GTA 6 game first.

God of War was the most popular game of 2018 with more than 10 million copies sold. The game based on the Norse mythologies has a huge fanbase and everyone is eagerly waiting for a sequel. Sony’s Santa Monica Studio has hired a combat designer familiar with the God of War games and it could mean that work is being done on the front. Atreus was teased in the last game and there are rumors that the final boss in the next God of War sequel will be Thor.

Elder Scrolls VI, the follow-up to Skyrim was announced in E3 2018 and fans have been waiting for that since then. Bethesda might have been working at games like Wolfenstein: Youngblood and Doom Eternal but Elder Scrolls is such a game which would last for a decade as hinted by studio head, Todd Howard. With Sony PS5 and Xbox Scarlett launching next year, the makers would be smart enough to release Elder Scrolls VI on the same day.

Final Fantasy 7 remake game is being worked on for years and even a trailer was released earlier this year. The fans of the game are a bit disappointed as Square Enix recently announced that the game will take place exclusively in Midgar. It doesn’t mean it will be bad as the fast processors of Sony PlayStation 5 will reduce the load time and will finally the wait of the fans will be over with a nostalgic touch. 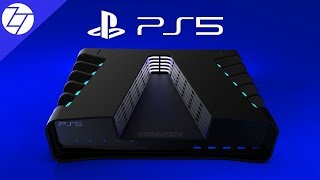