PewDiePie fans have been wondering for some time that why did his News Show vanished from YouTube. And to clear everybody’s doubts, the YouTuber came forward and made a video on the platform. The name of the show was Pew News show.

What happened to the Pew News show?

In Pew News show, PewDiePie used to comment on various offline and online stories. And it has not been available on YouTube for a couple of months now. PewDiePie was involved in a long competition with T-series to have the highest number of subscribers in the world. And in the midst of all this competition, fans noticed that the show was not available anymore.

What was the reason behind the show’s disappearance?

PewDiePie has come forward with a video explaining the reason behind this. And the reason that he has presented is that he just wanted to lay low for a while. Duh!

He also gave a statement in which he said that he wanted to lay low and avoid some controversy for a while. He also said that it was a new record for PewDiePie to stay for two whole weeks without any controversy. 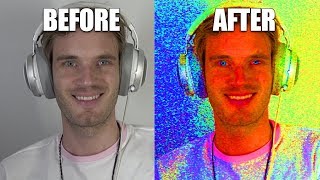 PewDiePie is a very popular vlogger and YouTuber who is also referred to as the King of YouTube. His real name is Felix Kjellberg. He was recently involved in a lot of controversies when he got involved in the competition for the most number of YouTube subscribers with T-Series. Before that, he also faced a lot of flak when he made some derogatory remarks in one of his videos.