Parasite DVD and Digital copies are now out and fans all over the world are watching the Korean movie that won major awards the Oscars 2020. It has now become one of the most critically acclaimed movies and theaters in the US and the UK are also playing it months after the original release date.

Everyone has come over the 1-inch subtitle barrier and Parasite is reaching new heights of success. Here is everything you need to know about Parasite DVD, Blu-Ray, Digital HD release date and Amazon, Netflix, Hulu or HBO Max streaming possibilities.

Parasite DVD, Blu-Ray and Digital HD release date is January 28 in the United States but the Korean masterpiece also got a theatrical release after the Oscars. Even the United Kingdom theaters are showing Parasite and which is why the digital and home media copies of Parasite were put on hold for a few days.

I finally watched #Parasite since it came out on DVD today and my mind is blown, this movie is a masterpiece. I need time to recover. pic.twitter.com/ylSeNWGsxU

As of right now, Amazon, Redbox, iTunes, Vudu, etc. are offering to rent or buy Parasite DVD. The streaming service rights of the 2020 Oscars Best Picture, Parasite is a bit complicated and it will only be clear in some time.

There are also chances that Hulu gets the streaming rights of Parasite as Neon company is the distributing partner of the Korean Oscar winner. Hulu has streamed movies such as “I, Tonya” and “Ingrid Goes West” which came under Neon distributions only. HBO has a new deal with Bong Joon Hoo for a Parasite TV series and they might also get the rights to stream the movie on their upcoming streaming service HBO Max. 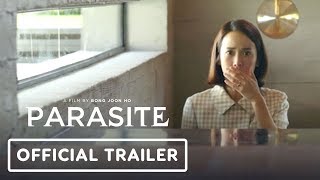