Lady Gaga and Bradley Cooper had an amazing chemistry in the film as well as the press tour for the film. This Oscars 2019 awards season has been quite exciting and long. This year the nominees were diverse and exciting, including Roma, A Star is Born and Marvel’s Black Panther.

“A Star is Born” got right nominations in Oscars and also won an award for Best Original Song. “Shallow” has become the favorite radio track nowadays.

The fans couldn’t wait to see the two of them performing the song on stage. “A Star is Born” gave a huge Oscar performance, before it won the Oscar 2019 award for “Shallow” in the category of Best Original Song.

Lady Gaga and Bradley Cooper didn’t choose the high production value. The two simply ascended the stage, took their places and started singing to each other.

Bradley Cooper begins with the song just like Jackson Maine during his concert in the movie. He seemed a bit nervous initially, but ultimately managed to channel the signature voice and grovel of Jackson. Lady Gaga,’her transition was totally seamless. She acted like a viewer before Bradley Cooper handed her the baton. She easily got Ally’s signature verse and bridge.

Their Oscars 2019 performance was nostalgic and effective throughout, but the final chorus melted everyone’s heart. Lady Gaga was joined by Bradley Cooper on the piano bench and they shared a microphone to sing the iconic song’s final moments. 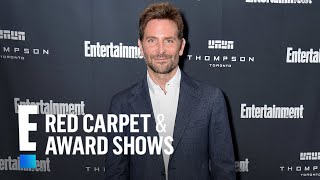 The absence of “All The Stars”, the signature song of Blank Panther was also felt by the audience. Sza and Kendrick Lamar didn’t get an opportunity to sing their song nominated for Oscar. The coveted golden statue was taken home by “A Star is Born”.