OnePlus 6T has broken sales records in various countries, with its unique design, smooth performance, and superb camera quality. Where do these distinct phones stand when we do a short OnePlus 7 vs OnePlus 6T? Let’s talk a look.

While many people are eyeing for OnePlus 6T, the makers have already announced the much awaited OnePlus 7 series with a plethora of new features.

This has put most mobile users in doubt, whether to wait for the new OnePlus 7 phone who is yet to be reviewed, or go with the popular and trustworthy OnePlus 6T. While there are many other Smartphone releasing during the same time, OnePlus fans will exclusively decide between its models only.

While OnePlus 7 is showing amazing specs and is about to be launched next week, we already have tried and tested the OnePlus 6T variants of OP 6 Series. OnePlus 7 series will have 2 variants, OnePlus 7 and OnePlus 7 Pro to choose from, let us see which phone fulfills your criteria to be the best Smartphone.

While the primary design of all the OnePlus phone remains the same, there will be a few changes in the OnePlus 7 series. With a popup front Camera and in-screen fingerprint sensor, the newer phones might be almost bezel-free. OnePlus phones will have similar metal and glass body with a solid sandstone background.

The OnePlus 7 is supposed to have a whole new display technology with a striking 70 Hz refresh rate, while other similar flagships only offer a maximum of 60 Hz refresh rate. The newer OnePlus models will definitely have a larger and better display while keeping the body size same or lower.

While we don’t have much idea, here are the rumored specs for the OnePlus 7 phone which will be out soon.

The specs for OnePlus 6T are already known to us and have proven to be a powerful performer.

OnePlus is known for its superb performance phones at an amazingly affordable price, like the one, the OnePlus 6T variant is priced at only $549. Reports suggest that the new OnePlus 7 could be priced even lower around $499 – $549 (different Storage Variants) to hold its customer base.

OnePlus 7 pro prices would range slightly higher around $749. But it will be still much less compared to Galaxy S10+ ($999+) and have similar performance. 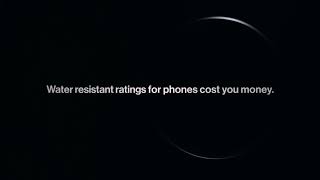 OnePlus has confirmed 14th May 2019 as their launch date for OnePlus 7 series and invites for the event are already out. While the OnePlus 6T is available in stores since November 2018.

Whether you wait for OP 7 or go with the 6T, it is a matter of personal choice. Our advice to readers is that they can wait for the OnePlus 7 to launch. Stay tuned to Hiptoro for more OnePlus 7 updates and other news.