The company that taunts themselves as a ‘Flagship Killer’, OnePlus is now set for the release of their next device labeled Oneplus 7. The Chinese smartphone maker is set to spice up the Android sphere with not just one but three smartphone releases, the OnePlus 7, OnePlus 7 Pro, and 7 Pro 5G are all making their debut on May 14.

One Plus 7 plans multiple launch events

Now OnePlus, progressing to the launch event has started teasing features of the upcoming device. The company has confirmed that its device will get a triple rear camera system and the phone will be ‘fast’ and ‘smooth’.

Could Aggressive Marketing be the solution?

The manufacturer has started aggressive marketing campaigns, OnePlus in a full-page advertisement in The New York Times mocked other brands for their ‘over-priced’ phones.

The ad also illustrates the fact the OnePlus 7 won’t have any bezels or notch and will be priced lower than the competition.

OnePlus also shared some camera samples on Twitter concerning the handset the brand showcased the ultra-wide and zoom cameras of the 7 Pro. You honestly cannot judge the camera quality by looking at these samples alone as they are not even full-resolution. Another sample was posted on Instagram.

The display quality in the 7 Pro sounds promising due to the fact that DisplayMate has rated the 7 Pro’s OLED panel as A+. This directly puts OnePlus in the same shoes as Samsung and Apple.

Apart from this, the general specs concerning the device will pretty much follow the industry standard.

Specifications for OnePlus 7 include a 6.4-inch AMOLED display, The latest and greatest SoC from Qualcomm, Snapdragon 855 coupled with either 6 or 8GB of RAM and UFS 3.0 128/256GB storage.

Camera department gets a dual 48MP+ 5MP system on the back and a 16MP pop-up selfie shooter. There’s also a 3700mAh battery with Dash Charging support. OnePlus 7 will run on Android 9(Pie) 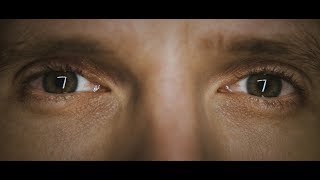 Both the 7 Pro and 7 Pro 5G has identical specs apart from the obvious 5G connectivity option. Here we see the same Qualcomm chip the Snapdragon 855 along with 8/12GB of RAM. The display panel has 90Hz refresh rate with a Quad HD resolution. Internal space comes with either 128 or 256GB.

The major difference between the regular OnePlus 7 and 7 Pro is that the 7 Pro comes with a triple camera system with functions like 3X Zoom and ultra-wide camera. 4000mAh battery will power this device. Both the phones will run on Android 9(Pie)

All three models will carry an in-display fingerprint scanner and face unlock.

To wrap thing up, as mentioned earlier the Oneplus 7 series will launch on 14th of May. the company is also offering a live streaming option for those who can’t make it to the event. In terms of pricing, we will see an obvious bump from the previous generation of OnePlus models.

Once lauding to the fact that we offer cheap and quality phones OnePlus is now sailing towards the same territory as Samsung and Apple. This means touching the $1000 mark.