One Punch Man Season 3 renewal is a confirmed thing even though the anime series takes years to return. Saitama has become a global figure and OPM anime is already popular over all the major countries. Fans are hoping that they will get to see more of the caped baldy as he had very limited screentime in the second season compared to the villain Garou. Here are more details on “One Punch Man” Season 3 release date, spoilers, rumors and screentime share for Saitama and Garou.

Garou was the main star of One Punch Man Season 2 as the villain was at the heart of the plot. Fans were not happy that Saitama had very limited scenes as they wanted to see more of the caped baldy in action. Apart from the animation styles, viewers are hoping that limited appearances of Saitama will be corrected in season 3 of One Punch Man.

While Garou was just introduced in the second season, he will have more appearances as per the manga source chapters in the Monster Association Arc. It is why the third season is very crucial that the animation studio for “One Punch Man” season 3 balances the screen presence of Saitama and Garou equally.

Apart from that, the other side characters from heroes’ and monsters’ sides should also get proper screentime and character development. One Punch Man Season 3 plot will follow events from the manga series where Saitama and Garou will interact and have some amazing fights.

One Punch Man Season 3 release date is not announced and there are not even any official updates regarding the anime’s renewal. The creators will surely take their time as animated projects of such quality need extensive work. Fans are just hoping that they don’t have to wait for another four years for “One Punch Man” season 3 like the last season’s premiere. 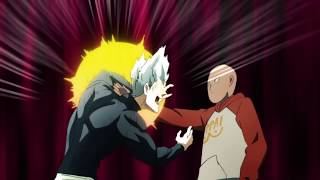