One Punch Man Season 3 release date is still unknown and no one knows how long it would take for the anime series to return. Fans of Saitama are looking forward to the third season of the show but there are no official updates from the makers. It has been almost a year since the last season of One Punch Man aired and everyone is getting impatient over the lack of updates.

The Caped Baldy is one of the most unique superheroes out there and it is why One Punch Man has become hugely popular all over the world. But it looks like fans would have to wait much longer for “One Punch Man” Season 3 as recent rumors suggest that the anime series can take 4 years of hiatus.

One Punch Man Season 3 release could take another hiatus of four years if we look at the pattern of previous seasons. Fans are fearing that they would have to wait for a long time to see new OPM episodes. The final episode of season 1 aired in December 2015 but season 2 was announced almost a year later in September 2016. Although, the worrying part is that One Punch Man Season 2 premiered in 2019 which is three years after the announcement.

It means that even if season 3 is announced today, it will take 3 more years for the premiere date. Hence, fans are thinking that “One Punch Man” Season 3 will take 4 years of hiatus and release in the year 2023. To make the matter worse, fans are demanding Viz Media to revert the animation studio from JC Staff to Madhouse as the second season had received a mixed response on the anime style. Although one thing is sure that there is a lot of demand for “One Punch Man” season 3 and it will be renewed for sure.

One Punch Man Season 3 story will be based on the manga chapters and dive deeper into the “Monsters Association Arc.” Garou is slowly leaning towards his monster side and will turn into a villain from anti-hero in the next season.

There have been a lot of complaints that Saitama has very little screen-time and hopefully it will be solved in the third season of One Punch Man anime series. Everyone wants to see the caped baldy more in season 3 and the makers should note the feedback. 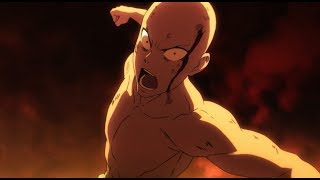