One Punch Man Season 3 release date has still not been announced and it looks like fans will have to wait for more for the anime series to return. The ongoing COVID-19 pandemic has also affected the anime industry and most of the series are getting delayed or postponed.

Even the third season of One Punch Man could be affected due to the coronavirus outbreak. The production studio for “One Punch Man” Season 3 is already under doubts and the COVID-19 crisis can further delay the anime premiere to 2022 or later.

Most of the anime series in Japan have already been delayed or postponed their premieres and even canceled some of the shows over the fear of the COVID-19 pandemic. There are many anime projects such as movies, shows and other events which have shut down production to follow the safety guidelines. The production for “One Punch Man” season 3 is yet not announced and it might not start in 2020 at all.

The best-case scenario for the third season of One Punch Man anime to be confirmed is 2021 or later. It simply means that there won’t be a premiere date in the same year as it takes longer than a year for such massive projects. One Punch Man Season 3 release date will be set somewhere in 2022 with three years of hiatus after the previous season premiere.

Fans of the anime series are having a tough time as they had to wait for 4 years for new episodes last time and they are in the same boat again. Further, the second season of One Punch Man received a huge backlash as the producers changed the animation studio from Madhouse to J.C. Staff. Fans were not happy at all as their favorite director Shingo Natsume was replaced by Chikara Sakurai.

There is a petition which demands One Punch Man Season 3 should return to Madhouse as its animation studio and bring Natsume back in the director’s chair. While nothing has been confirmed on the matter, it could further delay the “One Punch Man” season 3 release date for sure. 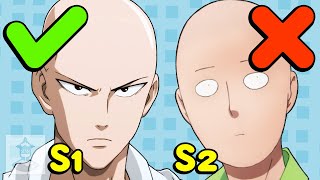