One Punch Season 3 will resolve the cliffhanger from the last episode and feature the rivalry between Saitama and Garou. Fans are excited to see their favorite anime series returning on television screens but sadly no one knows any specific premiere date. It is already over one year since the second season of One Punch Man aired and there are no updates on the third season.

Many reports are claiming that “One Punch Man” Season 3 will release at the end of 2020 but there is no official announcement from Viz Media. There is no way to certainly know when will new episodes of One Punch Man will air, all we have are speculations. Here are more details on One Punch Man Season 3 release date, plot spoilers, manga source chapters and reasons why a 2020 premiere seems unlikely.

One Punch Man Season 3 production might not even have started, otherwise the creators, Viz Media would have made some kind of announcement. There is always a time window between the official announcement of One Punch Man new season and its premiere date.

There was a waiting period of around seven months between the announcement of season 1 and its premiere in October 2015. While season 2 of One Punch Man was confirmed to be renewed in September 2016, the release date was mentioned in August 2018 and the first episode aired in April 2019. The main reason for the delay was the change in the production studio from Madhouse to JC Staff. 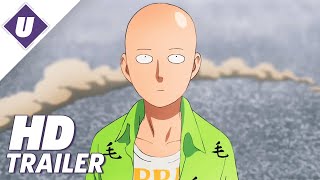