One Piece Chapter 973 will mark the end of Oden flashbacks and resumes the storyline in the present timeline. The next manga installment will show what happens to Luffy and Zoro’s raid after the rebels couldn’t meet them at the rendezvous point. Toki has sent the Scabbards into future and what happens to her will also be shown in the next One Piece manga chapter.

One Piece 973 might also reveal the identity of the traitor who is helping Orochi and fans are confident that it might Kyoshior or Denjiro, meanwhile other theories predict that they are the same person. Here are more details on One Piece Chapter 973 release date delay, spoilers, predictions, raw scans leaks and how to read online the manga chapters.

One Piece Chapter 973 Spoilers: Traitor during Past and Present are Same Person

One Piece Chapter 973 story will focus on how Orochi was able to destroy the ships of rebels and who tipped him about the secret plans. The straw hats were all prepared to raid Onigashima, but when Momonosuke and the Scabbards reached the Tokage port, all they found was broken ships and debris. There is a traitor who has been helping Orochi and One Piece 973 spoilers claim that it is the same person who helped him in the past during Oden’s execution.

While the flashbacks didn’t reveal the identity of a traitor as hinted by Kaido, the upcoming One Piece manga installment might reveal it. Meanwhile, many of the One Piece fans are predicting that Denjiro and Kyoshiro are the same person and also the traitor everyone is talking about. One Piece Chapter 973 will resume the current timeline and follow the adventures of Luffy and straw hats pirates.

One Piece Chapter 973 has been delayed for a week due to Oda’s illness and will now release in manga stores on Sunday, March 8, 2020. However, the raw scans for the manga will leak online 2-3 days before and fans will start discussing the spoilers of One Piece 973 over Reddit and other social media platforms around March 6. 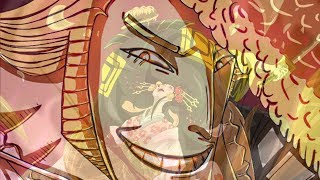