NFL Week 2 bets are the far more valuable as they always inflate the numbers for Week 1 games. The biggest example is Baltimore Ravens absolutely thrashing out Miami Dolphins with 59-10. Everyone knew that Dolphins is a weak team but no one expected it go such badly.

The Patriots win most of the times and the Steelers should at least have given a fight, but the game went 33-3. Who knew Tom Brady at the age of 42 is better than all those younger quarterbacks.

Patriots “plan to feed” Antonio Brown in his debut vs. Miami today, per @RapSheet pic.twitter.com/iwlMZXuEy1

The Dolphins will face the Patriots in their Miami home ground and it’s going to be brutal. There are so many other NFL teams who despite having a home advantage can’t match the odds and here are betting lines and predictions for them.

Before the Week 1 games happened, the point spread and betting odds were totally different. The Patriots were just 9 points favorites for Week 2 but now they are leading with over 19 points. Jacksonville Jaguars will enter the second week without their starting quarterback Nick Foles as he got injured in the season opener against the Chiefs.

While earlier Houston Texans were only 3.5 point favorites, now it has increased to 9 point due to absence of Files in Jaguars. It is why Week 2 Sunday night NFL games are important and here are the betting lines for all of them. 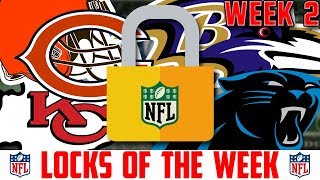