Jacksonville Jaguars are having a tough time dealing with the whole Jalen Ramsey trade deal situation. The cornerback requested a trade out after the second game and has been missing every match and practice sessions after that. While the Jaguars owner Shad Khan says that he has no intention to part ways with Ramsey, the coach and VP differ.

Despite #Jaguars owner Shahid Khan recently saying, "…right now the best thing is to have (Jalen Ramsey) be part of the team," I was still told today–nothing has changed–in regards to Ramsey's stance.

Khan thinks that it best to keep the corner in the Jaguars team so that their values and brand image are preserved. On the other hand, coach Doug Marrone and Tom Coughlin want to move away from the whole Jalen Ramsey situation and focus on the next games of the 2019 NFL season.

Jalen Ramsey is making everything more complex by not showing up on the field by giving some kind of excuse every day. Jaguars vs Broncos Week 4 game was missed by Ramsey due to an injury. Ramsey also missed the Thursday practice session with the Jaguars team and it has been a continuous second day he did the same.

Apparently, the cornerback feels insulted by the Jaguars’ side and there is no way he will be going back to the team. Even if it means calling out a fake sickness or injury, Ramsey will do anything to get a trade deal from some other NFL team.

Jaguars Coach wants Ramsey out of the Team

There have been reports that one of the NFL teams offered two first-round picks in exchange for Jalen Ramsey but the Jaguars rejected the bid. It simply sounds stupid but there might be other reasons involved. Either the picks would have been of last positions or the Jags owner Shad Khan said no to the whole deal.

Jalen Ramsey for Stefon Diggs and a 3rd. Get Minshew the no. 1

But the Jaguars coach Doug Marrone and Vice President Tom Coughlin who has been a previous coach for the Giants understands the situation and how it is hurting the team. It is why they want the Jalen Ramsey trade deal to get over and move on with their future planning. 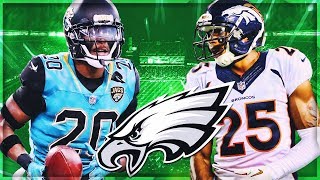