Jalen Ramsey may have made up his mind to leave the Jacksonville Jaguars behind but the team has other plans. The Pro cornerback requested a trade deal after the Week 2 game and have missed the last two games for the same. Ramsey was not happy with the way the Jaguars coach Doug Marrone was treating and asked for a trade out.

While the Jaguars accepted his request at that time, they are somehow trying to delay and avoid it. At first, the Jags wanted two first-round picks in exchange for Jalen Ramsey. Now that one of the NFL teams is ready to provide that, they have still said no to that offer. It looks like the Jaguars are trying to informally cancel the Ramsey trade request by rejecting every offer.

As per the new reports CBS Sports, the Jacksonville Jaguars have turned down a recent offer of two first-round picks in exchange for the cornerback Jalen Ramsey. The Jaguars have decided to keep Ramsey in their roster and have no plans to trade him out.

Jags turned down offer of 2 first rounders, cuz they probably wouldve been late round, according to @JasonLaCanfora pic.twitter.com/LA3sHXNV7Q

While the Jags had to put Ramsey on the trade block, they never had the intention to sell him out. The Jaguars have won their last two games and are currently at 2-2 and they need Jalen Ramsey for the rest of the 2019 season games.

Jalen Ramsey will Fight back for a Trade Out

Jalen Ramsey has garnered a lot of intention from the NFL teams and the star cornerback have also plans for the Super Bowl trophy. The Eagles and the Chiefs are the top teams in the race for Ramsey and he would very much prefer to join the Kansas City and play along with Patrick Mahomes.

#Jaguars CB Jalen Ramsey (back) is officially inactive for today’s game against the #Broncos.

Ramsey has previously called in sick, then missed the Week 4 game to attend the birth of his second child. There is no way that Jalen Ramsey is going back to the Jaguars and he will force them to trade him out before the October 29 deadline. 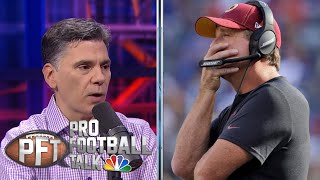