Trent Williams is sitting on a holdout from his team of Washington Redskins and now it is too late to get him back. The Redskins already lost all three of their 2019 NFL season game and bringing Williams in the fold won’t make much of a difference. It doesn’t make any sense to keep paying the offensive tackle while he is not contributing anything to the team.

The Redskins are in the same boat as the Miami Dolphins with 0-3 and they should also start rebuilding their team for the future seasons. It is imminent that the Redskins will trade out Trent Williams soon and get some future draft picks in return while it’s still possible.

The Redskins are a lost cause for the 2019 season and there is no way they are making it to the NFL playoffs. Giants vs Redskins Week 4 game is also predicted for a loss to Washington due to their poor offensive line. Even if Trent Williams starts playing for the rest of the games, it won’t make much of a difference for the Redskins.

Trent Williams is the last of the holdouts…remind me again why he isn’t wearing orange and brown??🤷🏻‍♀️ #Browns

Williams is a 31-year-old offensive tackle who can’t make his team win when their other players are not performing. Case Keenum was a blunder in the Week 3 game and yet coach Gruden doesn’t want to replace him with Dwayne Haskins.

Redskins to trade Trent Williams before the Deadline

The Miami Dolphins were smart enough to realize the situation and made the best out of it. Laremy Tunsil and Minkah Fitzpatrick were traded out of the team and they got future first-round picks in exchange. Trent Williams might not get two first-round picks in return, but the Redskins should settle on even a single first round draft pick.

Browns can’t protect Mayfield, which we already knew. Time for Cleveland to call the Redskins about Trent Williams if the Browns are serious about being a contender.

With that OL and that schedule, they aren’t.

NFL trade deadline is now just a month away and if Williams is not traded by then, his value will constantly drop. Washington Redskins won’t take such risk and deal Williams as soon as possible to the other NFL teams. 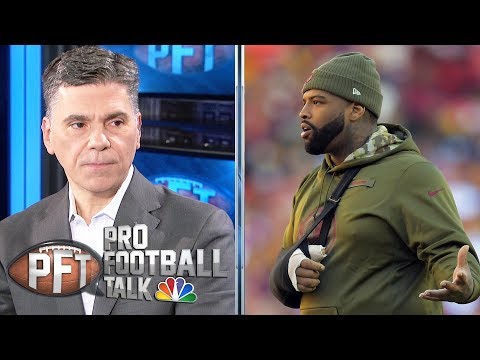