Trent Williams has been kind of avoiding the team of Washington Redskins and clearly indicates his departure from the team. The Redskins are not doing that good in NFL and their whole organization seems to be disorganized. It is the main reason why the All-Pro left tackle Williams have requested for a trade deal.

Williams is one of the best protectors in the NFL since the last few years and a lot of teams would be interested in a potential deal. Here are the possible trade deals of Williams with the Texans, Patriots and Browns.

Houston Texans should be the first team on the line to sign Trent Williams as they badly need him. He can be the new face of the franchise for the Texans as David Carr is no longer useful. If the Houston team management can somehow not mess the deal, Williams could easily accept their offer. It would be a bit difficult to arrange a trade with the Redskins, but once it’s done it could become the best trade deal of this NFL season.

The #Texans have $40M in cap space this year and $82M the next. They have a proverbial turnstile for an OL. They also have a great, young QB in Deshaun Watson.

If they get outbid for Trent Williams, all 38 of their GMs should be shown the door.

New England Patriots are another team which is interested in signing Trent Williams from the Washington team. Trent Brown has moved to the Oakland Raiders in a massive deal and the Patriots needs a new left tackle. There might be a few issues related to salary and bonus for Williams, but he is not going back to the Redskins in any situation. Williams can be a great player and would definitely be an improvement over Brown as compared to the last season.

Trent Williams allegedly went to Medical staff during season with concern about growth on head. They allegedly told him he was fine and to play through it. At end of season, he got it checked out, and told it was a tumor. This is why Trent has his heels dug in so deep. #Redskins

Cleveland Browns have managed to improve a lot in the last few months as their quarterbacks are in great form. Their offense department is great and yet they somehow lack a consistent player in the left tackle side. Joe Thomas has retired and Greg Robinson hasn’t exactly replaced him. Williams would be a much better addition to the team and the Browns should sign him without waiting a single second.

Trading Trent Williams would be dumb. I do not see that happening. Carry on. 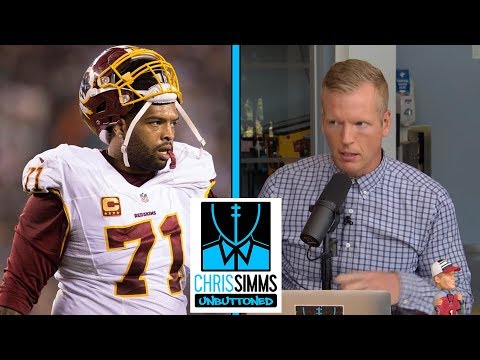 Share this article
FacebookMessengerWhatsAppPinterestTwitterShare
Read more:  NFL: Tom Brady is Missing out Antonio Brown as Most of the Patriots Players are Injured
Faran August 7, 2019
Share to...
BufferCopyEmailFacebookFlipboardHacker NewsLineLinkedInMessengerMixPinterestPocketPrintRedditSMSTelegramTumblrTwitterVKWhatsAppXingYummly