Melvin Gordon missed the first game for Los Angeles Chargers in NFL Week 1 and it can get problematic for him soon. While Gordon is sitting on a holdout and looking for a deal extension, the Chargers are in no mood for it. They initially offered him $10 million per year , but the running back wanted something in the range of $13 – $14 million.

Ezekiel Elliott may be valuable enough for the Cowboys to become the highest-paid running back, but Gordon is replaceable for the Chargers. It is whey they are making no effort to bring him back and playing with the replacement players. The time is running out, and if Gordon doesn’t come back to the LA team before November, he could lose his entire salary.

The Chargers ended all the trade negotiations talk with Gordon when he started to follow other teams on Instagram. He won’t be offered a contract extension before the 2019 regular season and he has given the option to look out for trade deals on his own. Gordon has now two options, either wait for the NFL season to get over or find a new deal before that.

Melvin Gordon will forfeit $329,705 for each game that he sits out this season. pic.twitter.com/lFmtB8udPm

As of now, every team has started and no one’s look interested enough in Gordon. Hence, Gordon may sit out the entire season games but it could create one big problem. If Gordon doesn’t return to the Chargers around late October or early November, he could miss the Week 10 deadline. In such a situation, his contract with the Chargers will get void and he will be a free agent and the Chargers won’t have to pay him the $5.6 million of his rookie contract.

Los Angeles Chargers started the Week 1 game against the Indianapolis Colts with Justin Jackson and Austin Ekeler as their running back and won the game. The Colts missed Andrew Luck, and Jacoby Brissett as his replacement couldn’t get the job done. The Chargers defeated the Colts with 30-24, and it also proves that they don’t need Melvin Gordon anymore.

The duo of Ekeler and Jackson rushed for 100 yards, and it has everyone asking the need for Gordon is not urgent. Even the trade market have not many demands for Gordon, and the new running back duo of Chargers can replace him for the entire NFL 2019 season. 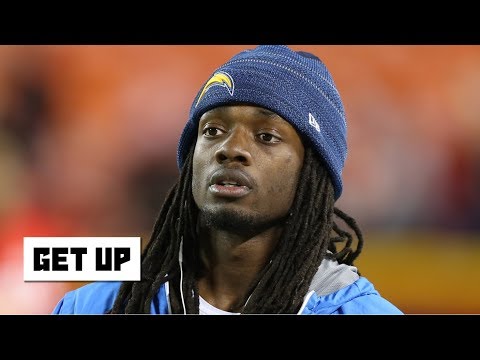