Andrew Luck retired at just the age of 29 and it has sent shockwaves throughout the NFL world. The quarterback was the main star of Indianapolis Colts and without him, they would face so many troubles. It is not like Luck retired from the fear of injuries, there are a lot of other factors involved. NFL teams have gotten so greedy lately that q player’s physical and mental health are barely given any importance.

The Colts had no proper backup for Luck and player rotation was kind of a joke for the first six seasons. One can also add the broken ligaments and ribs, there is no way one would risk his life for the game. Other NFL teams should take a note from the whole Andrew Luck and Colts scene and take measures. Otherwise, quarterbacks such as Cam Newton, Carson Wentz, and Deshaun Watson can also have an early retirement.

Cam Newton at the age of 30 is the best quarterback for Carolina Panthers. The offensive rookie of the year has an amazing career with 4,051 passing yards, 21 touchdowns, and 17 interceptions. Just like every other QB, Newton has also his share of injuries like Ligament tears in his ankle and fractures in his ribs.

This is Bo Nix celebrating Auburn’s championship in 2011 with Cam Newton.

The most dangerous out of it is his shoulder throw where he had to undergo an arthroscopic surgery which still haunts him. The Panthers have given him almost a zero protection and Newton might not play for much longer. The Superman Cam Newton couldn’t endure much of the pain and might take early retirement.

Carson Wentz and injuries are related to each other since the beginning of his college years and continued throughout NFL career. Wentz had a hairline fracture in his ribs, a torn ACL and LCL and the recent fracture to his vertebrae.

Now if Carson Wentz could retire too…

Despite all the gaps and breaks, Wentz never disappointed in his performance and has a passer rating of 102.0 which is currently the third-best in NFL. Philadelphia Eagles are looking strong and Wentz is their best quarterback for now. But they have to keep him safe as one more injury and he might be thinking for retirement to stay safe.

Deshaun Watson is going to have the toughest year of his NFL career as his team is kind of broken right now. Jadeveon Clowney is leaving the Houston Texans and it will make their defense further weak. Texans already have one of the worst offensive sides and now the support is also gone. Lamar Miller has torn his ACL and will be out for an entire year.

The Texans couldn’t beat the Colts when they had Peyton Manning.

They couldn’t beat the Colts the year Manning was injured.

They couldn’t beat the Colts when Luck was there.

And now they’re going to let Jacoby Brissett win the division when they have Deshaun Watson.

Without a running back in 2019, Watson will be prone to every sort of attack by the opposite teams. Duke Johnson is yet to prove his worth and Watson is the only big name left in the team. There are so many responsibilities on the quarterback and it will be hard to follow up. Just like Andrew Luck, Deshaun might also suffer from the toll and ask for retirement soon. 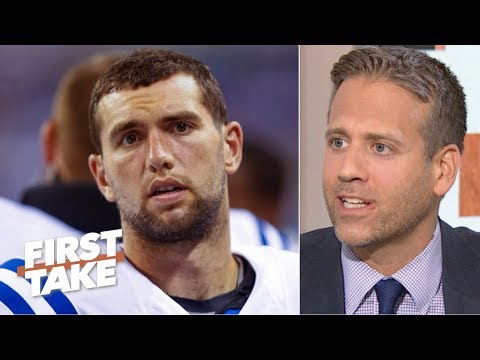