Antonio Brown facing sexual assault allegations in the Florida court could soon lead to him missing out NFL 2019 season games. While the league is investigating the whole matter, New England Patriots have refused to comment anything on Brown. NFL Insiders claims that the best option for the Patriots is to put Brown on the commissioner’s exempt list.

The wide receiver will soon be forced to miss the games and there are high chances that he essentially quits the sports. Brown is having serious troubles since the last few days and he even threatened to retire from football over his banned helmet. The rape charges could be the next catalyst which forces Brown to take early retirement.

New England Patriots are in a tough spot ever since they signed Antonio Brown after the Oakland Raiders released him. Brown has been signed for a $15 million, one year deal where he has already been given $9 million signing bonus. The Patriots can’t lose him now but if they take him back without any action, there will be backlash from everyone.

At this stage of his career, placing Antonio Brown on the commissioner’s exempt list for potentially the duration of the civil lawsuit would be de facto discipline. Federal civil cases often take several years for a resolution. Brown can’t get that time back.

Innocent until proven guilty. With that being said, I can’t see any way that Antonio Brown is not on the Commissioner exempt list with all his shenanigans prior and then including this.

In such a situation, the only possible option left is to put Antonio Brown on a commissioner’s exempt list. For those of who don’t know, Roger Goodell is the commissioner of NFL and he has the power to put a player on the exempt list. The player on such a list will receive his weekly salary but can’t attend team meetings and practice games. There are high chances Brown will miss the Patriots vs Dolphins game and even the entire NFL 2019 season.

There is no end to the troubles of Antonio Brown and his list of problems has been piling up. Oakland Raiders had enough of him and hence they released him just before their Week 1 game against the Denver Broncos. Brown doesn’t seem sane and has a lot of issues.

NE doesn't NEED Antonio Brown. What did the Pats win w/ Randy Moss? They shattered '07 records but in the SBowl they threw 48 times, ran only 16 for 45 yds, lost. Ranked 13th in '07 rushing. Last yr they led the playoffs in rushing. With Randy, Pats got Mossed.

If the rape charges prove him guilty, his entire NFL career can be on the line. Although it’s a civil case and not a criminal one, it doesn’t mean that the Patriots or any other NFL teams would have Brown in their roster. The only option left with Antonio Brown will be to have some dignity and take early retirement from the NFL. 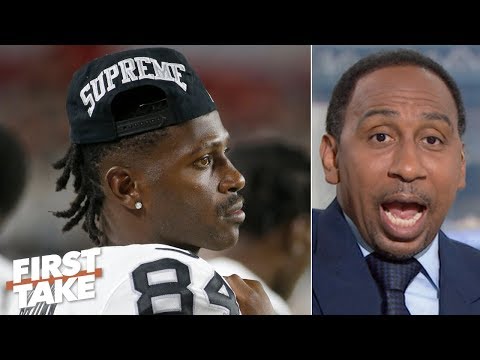