LeSean McCoy was cut out by the Buffalo Bills on Saturday in the roster cuts and became a free agent for merely a few hours. Most of the NFL teams were interested in the 31-year-old running back and he got a lot of offers. Kansas City Chiefs is the team reported to sign McCoy for a new one year deal for the NFL regular season.

While McCoy has been a great addition to the offensive side of Chiefs, it has complicated the rankings for fantasy football owners. Damien Williams was already a risky running back in the Kansas City and the rookie Darwin Thompson could have taken over him. But with McCoy in the team, everything has gotten unpredictable and Chiefs fantasy football rankings has become a nightmare for the owners.

Buffalo Bills have a much better situation as things have gotten a lot better of other players after the departure of LeSean McCoy. Devin Singletary is ready to take on the lead and it will be a bit challenging but he will overcome all the hurdles. T.J. Yeldon and Frank Gore are the only names that stand in Devin’s path and the running back could lead the fantasy table for the Bills.

Andy Reid says he considers both Damien Williams and LeSean McCoy “starters” once Shady gets up to speed:

“Great situation for both of ’em.” pic.twitter.com/rcHqk4X4ho

The situation is entirely different in Kansas City as Andy Reid and McCoy has reunited after their initial days in Philadelphia Eagles. Both the players prefer each other and can lead the offense which could become a trouble for the other players in Chiefs.

Impact of LeSean McCoy in Chiefs

LeSean McCoy can impact the other running backs in Kansas City Chiefs and their ranking could go down. The fantasy football owners who have picked Williams are in big trouble as McCoy can certainly steal passes from him. The Chiefs already had a solid offensive depth with Patrick Mahomes as their leading quarterback.

LeSean McCoy has FIVE years with Andy Reid, 4.6 YPC in same offense, signs a deal worth double DWill, is immediately named “Co-starter” before one practice and somehow isn’t a threat!?!? pic.twitter.com/cDJLlRLkJr

The roster has now become too crowded and it will lead to drop in numbers for everyone in the Chiefs. Fantasy football owners of Chiefs are in big trouble and everything can do down entirely different in the next NFL season. 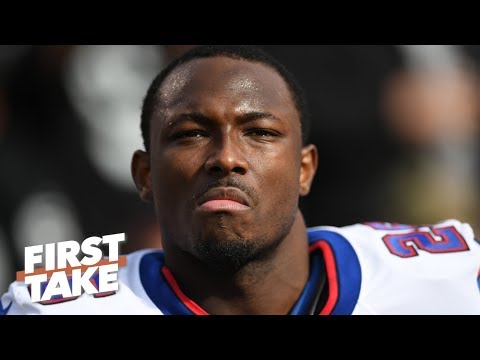