New Orleans Saints finally won their season opener for the first time in five years. While the last two seasons for the Saints were disappointing, they have made a huge comeback. Even though the game against Houston Texans was very close, the Saints sealed their victory with the 58-yard field goal from Wil Lutz.

The Saints are ready for the NFL 2019 season and their main target is the Super Bowl title. Monday night football of Texans vs Saints was a tough game, but the Saints proved they are a serious contender for this season. Every media report and NFL predictions network has put New Orleans Saints on a high spot for winning the 2020 Super Bowl trophy.

Opening the Season with Win against Texans

The New Orleans Saints needed a victory at the start to gain momentum for the rest of NFL 2019 season. Houston Texans have them a tough fight but the Saints turned the tables near the end. Drew Brees rushed for 370 yards with two touchdowns and one interception.

SAINTS WOULD NOT BE DENIED ⚜

New Orleans walks it off, 30-28. pic.twitter.com/MtRY5XAUaA

Unbelievable. #WhoDat@wil_lutz5 spectacular my man! very proud of you. @Saints are resilient! New Orleans is resilient!

JUST A REMINDER……THE NEW ORLEANS SAINTS WILL WIN THE SUPERBOWL…..⚜️⚜️

I simultaneously love/hate/everything about this sport. #Saints win a thriller off the foot of Wil Lutz. 58 yarder as time expires (Career long).

The streak is over. New Orleans has won a season opener.

They now own the #1 spot in the NFC South.

Wil Lutz also played an important part in scoring 12 points for the Saints. The game was changing sides between Texans and the Saints till the last quarter. In the end, the Saints were the victor with 30-28 and even the two points difference is enough for boosting their confidence for the rest of the reason.

Here are NFL power rankings for New Orleans Saints from the top media outlets which has predicted them to stay in top ten position for the NFL 2019 Season.

The Saints got their opening victory but it doesn’t mean things will be easy from now on. They need to make some changes in their roster so that the next games doesn’t have such close results. 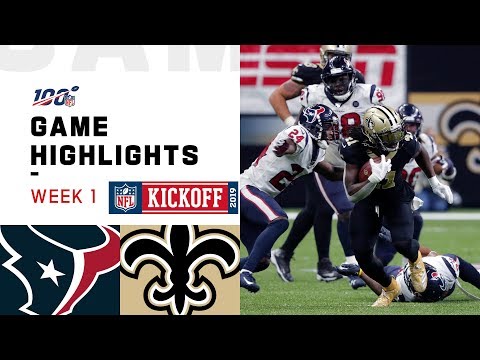