NBA free agency is over with a lot of great trade deals which will change the future of many teams. The biggest names such as Kawhi Leonard, Kevin Durant, and Kyrie Irving, have changed their teams. Even after the free agency has ended a lot of new deals are made as the players are not happy with their teams. 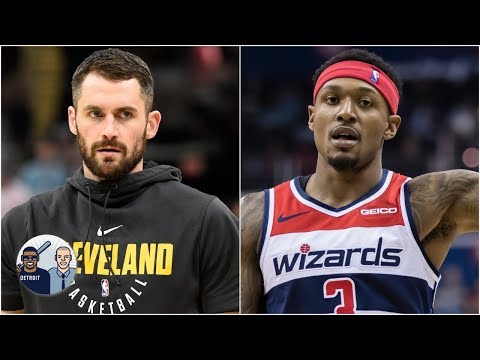 One such name is Kevin Love who does not want to play anymore for the Cleveland Cavaliers. The reason behind is the team’s inability to adapt after LeBron James left the roster. The Cavs were once a team that was a 4-time finalist and winning NBA titles twice in a row. While in the last season, the Cavaliers was struggling even to make it to the playoffs. Kevin Love wants to change team for a better future and Mavericks, and Trail Blazers are a few options.

The Dallas Mavericks recently signed in Kristaps Porzingis for a max 5-year deal at $158 million. Even Luca Doncic was signed in as the Mavericks are looking for a strong offense. Kevin Love could complete the trio and make the Mavericks a strong team.

The next decision will be very big for the Cavs’ and Kevin Love’s future 👀#BeTheFight pic.twitter.com/8C2j5Chb8z

The Cleveland Cavaliers plan on trading Kevin Love to whatever team will provide the best offer. https://t.co/thn6a5VCiL

Porzingis and Love can become the perfect offense and defense duo in the next NBA season. Courtney Lee and Justin Jackson can be traded to the Cleveland Cavaliers for a trade deal. Kevin is a fantastic power forward and can definitely take the Mavericks team to new heights.

The Portland Trail Blazers have expressed their interest in Kevin Love many times during the free agency. The team had a very well playoff last season and adding Love can make it even better. The Trail Blazers team could come to the same level as Lakers and Clipper once a deal with Cavaliers for Love is done.

Hassan Whiteside can be paired up with Kevin Love, and they can become the power duo for Portland. While other teams are trying to get Kevin from Cavs, the Trail Blazers also don’t want to miss a deal.