The Miami Heat has made some big deals in the free agency to gain momentum for the next season. There have been reports that the Miami Heat team is trading out many of its players for better deals. One such name is Hassan Whiteside, who despite having a good performance is moved out of the team.

But with his recent injuries, the Miami team lost their patience and decided to lay off Hassan. The team to which Whiteside is traded is none other than the Portland Trail Blazers. Here are the effects of the deal on both the teams and the future of Hassan Whiteside.

The last NBA season did not go well for the Miami Heat team, and they couldn’t even make it to the playoffs. The team only managed to win 39 games while it lost a total of 43 matches played. It was reported that the Miami team will trade out Hassan Whiteside and Goran Dragic, while the later is yet a part of their squad.

In exchange for Whiteside, the Portland Trail Blazers sent Myers Leonard and Mo Harkless to the Heat team. The Miami Heat team also managed to get Jimmy Butler in a sign and trade deal, but it is yet to be finalized. With all the new changes the team had made, the team president Pat Riley is confident that Miami will make a strong comeback in the next NBA season.

The Portland Trail Blazers took over the $27.1 million contract of Hassan Whiteside from the Miami Heat team. While the last NBA season was not very good for Whiteside, he hopes to perform well in the next NBA season. Hassan just had an average of 12.3 points, 11.3 rebounds and 1.9 blocks in a total of 72 games played.

The Blazers team is planning to pair him up with Damian Lillard and CJ McCollum for the future games. If Whiteside plays as good as he is known to be, the team of Portland could be a great contender in the future. Also, it would help Hassan Whiteside a lot, and he can prove his worth in the NBA games. 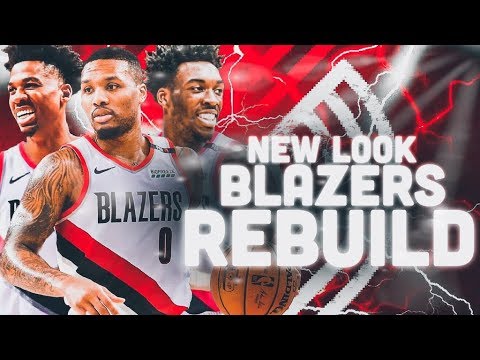