An NBA deal which is in jeopardy involves Jimmy Butler signing with the team of Miami Heat. The Philadelphia 76ers tried their best to retain Butler, and even the Houston Rockets were eager to make a deal with him. But to everyone’s surprise, Butler decided to sign a deal with the Miami Heat. There was a third party involved, and it is the reason why the Jimmy Butler and Miami deal is now in trouble.

ASAP after I get a contract done.. you’ll be the first I call. I want the footrace first tho. Slow ass. https://t.co/kdSlQTpBaI

NBA free agency is getting more interesting with time as none of the deals are yet official. Before the afternoon of Saturday, July 6, all the trade deals will just be considered as rumors. The players or the NBA teams have a chance to back out from any deals before the free agency deadline.

The trade deal of Jimmy Butler was not a typical signup deal, but instead, it was a sign and trade deal.  The deal actually involved Josh Richardson and Goran Dragic from the Miami Heat going to the team of Philadelphia 76ers and Dallas Mavericks respectively.

Jimmy Butler turned down a 5-year max offer from the Sixers to go to the Heat, per @tomhaberstroh pic.twitter.com/h0108Vph3s

But now it looks like that the Mavericks have changed their minds and want Kelly Olynyk and Derrick Jones Jr. from the Heat team. While the Miami team is not ready to exchange Jones in any way, as he is integral to their team, it means that the trade deal of Jimmy Butler won’t be considered as valid unless they work out the Mavericks issue.

The only possible way left with the Philadelphia 76ers and Miami Heat teams is to find a third team to replace the Mavericks part in the trade deal. At the same time, there are a lot of teams ready to sign in Jimmy Butler. The last season went very well for Butler, and he is currently the sixth most sought free agent of 2019.

Meanwhile, the Los Angeles Lakers and the Houston Rockets are still planning to trade in Butler. If somehow the deal with Heat doesn’t work out, there is a chance for other NBA teams to get Butler. It could change the fate of free agency, if the Butler deal is broken up, inspiring others to do the same. 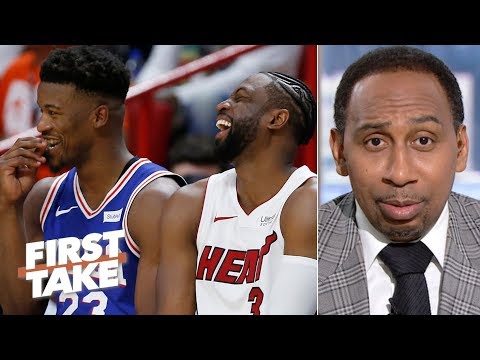