Golden State Warriors lost the chance to win the third NBA final in a row when they lost to the Raptors. But more than that, they lost Kevin Durant and other top names in the free agency. To make up for it, the Warriors got D’Angelo Russell from the Brooklyn Nets in exchange trade. While Russell is no doubt a great player, the Warriors might not use him for their team.

The Dubs team will most probably trade Russell out in exchange for other players as he doesn’t fit in there. Stephen Curry is already their best shooter and Russell will probably be wasted for most of the time. The latest reports state that Warriors could send D’Angelo to Orlando Magic in exchange for Aaron Gordon and Mohamed Bamba.

Russell is Young and Talented

D’Angelo Russell is only 23 years old and has a lot of game left in his life. He would be wasted in the Warriors where most of the player are already in for the power forward role. Orlando Magic lacks some serious depth in their backcourt with Markelle Fultz suffering from a throat syndrome.

Los Angeles Lakers, Boston Celtics, Miami Heat and other NBA teams won’t waste a single second when Warriors releases him for a trade. Also, Russell has a four-year extension deal, which makes him more valuable given he can stay for a longer time.

Read more:  NBA 2K20 release date, price and players: Everything that we know so far

Exchange with Gordon and Mamba

The Warriors could send D’Angelo Russell to Orlando Magic and sign Aaron Gordon and Mohamed Bamba in an exchange deal. Gordon could play at the small forward and power forward position and knock down some shots from the front side of the court. He had an average of 16.0 points, 7.4 rebounds, and 3.7 assists while shooting 44.9 percent from the field, and 34.9 percent from the three-point range in the last season.

Lowe: 3-minute explanation of why he wishes Aaron Gordon had played in the World Cup

Simmons: Yeah. I wish Zion had played, it would've been fun. So, I think Tatum-

someone said play mo bamba and my first instinct was to play mambo no.5 because somehow that made more sense

Even Mo Bamba is a very promising rookie and has shown some great performance in his high school games. Warriors and Magic can finalize the deal after December as per the NBA rules. It would provide both the teams with players that fit on their roster and make things more balanced. 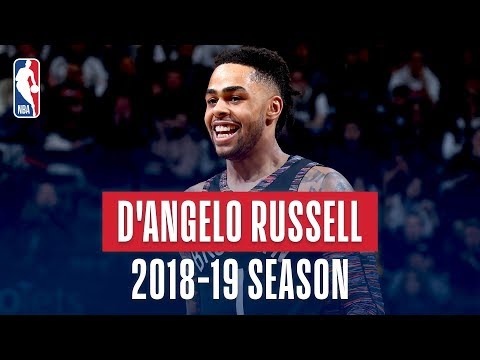