Golden State Warriors lost a major chunk of their players in the form of Kevin Durant, Andre Iguodala, Shaun Livingston and others. It has made the Warriors a very weak team and people are doubting they are not in the contenders race. The biggest trouble for Warriors is right now their injured star, Klay Thompson who tore his ACL earlier this year.

Durant and Thompson’s injury were the main reasons why the Dubs team lost the NBA finals to the Raptors. There is good news for Warriors fans as Thompson may recover soon and will be back on the court. Mychal Thompson, the father of Klay has revealed that his son is doing good and will play for the Warriors by the end of 2019.

Mychal Thompson on his Son

Mychal Thompson is a former NBA player and knows everything about basketball and game-related injuries. The 64-year-old father of Klay Thompson has been seen many times attending the games for Warriors and cheer for his son. In a recent podcast, Mychal revealed the progress report of Klay and shared some valuable insights on his current condition.

Once my boy gets back up to the bay area and is around his team, he will work out. He probably won’t be back on the court doing until late December or January next year. The important thing is to stay focused and diligent and work hard in your rehab. One has to keep the motivation of getting back on the court with his friends and team members.

Mychal also compared his son to the Chicago Bulls star Zach Lavine who also faced similar things and recovered earlier. The fact is Doctors and modern medicines have improved with time. The methods today are so much better and specially designed to treat athletes.

With a healthy Klay Thompson, the only teams out west that could beat the Warriors are the Clippers or Lakers.

“The Warriors won’t make the playoffs next year”

“The dynasty is over”

Never forget that a fan asked Klay Thompson to sign a toaster pic.twitter.com/sOODbwTXjn

The Warriors will give full time to Klay Thompson and won’t rush things with him. There are still around a few months before the playoff for NBA 2019-20 season starts. Stephen Curry, Draymond Green and D’Angelo Russell are there for the Warriors in that time.

Read more:  Game of Thrones ending: Did the finale twist came from GOT books of George R.R.Martin? 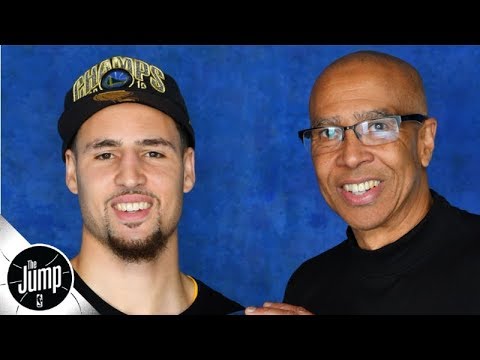