Kevin Durant has not entered the basketball court since the Game 5 of Warriors vs Raptors NBA finals. Everything changed for him after he injured his Achilles tendon and left the Golden State Warriors.

Durant joined the Brooklyn Nets when he signed a four-year deal at $164 million in the free agency to pair up with Kyrie Irving. But even after all this, Durant is tired from all the non-sports related happenings. He admitted that someday he hates NBA and the politics behind it and wish he could leave it all. With increasing age and a body full of injuries, Kevin Durant can take early retirement from the NBA.

NBA has become more of a business and less of sports events and players are somehow becoming a part of it. The NBA business brings a lot of fame and it can alter the minds of players. Kevin Durant is not a fan of the non-sports activities and hates the NBA politics happening behind the cameras.

Durant said he don’t like being the NBA executives who don’t understand the game of basketball and are only concerned about making a profit. It is the reason why Durant doesn’t want to stay associated with such people longer and early retirement can be on the cards soon.

Toll on Mental and Physical Health

Kevin Durant is 30 years old and suffered a lot of injuries in his decade kind NBA career. It is not just about physical injuries, mental health is far important to that. The issue between Draymond Green and Durant in Warriors team is very famous and it hurt him very badly.

Kevin Durant just needs to retire. The dude isn't happy anywhere and is constantly talking about how much he hates everything that comes with being a professional athlete. It's becoming an annoying narrative.

Even when Durant left the Warriors, people kept asking him about his happiness and mental state. Durant admits that basketball is everything for him and he would have been a nobody without it. But the mental toll that comes with it is too much to handle and he wants to have some peace after his retirement. 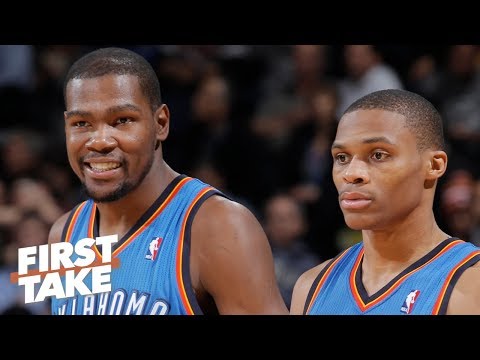