Los Angeles Lakers made the biggest trade deal in the NBA draft lottery where they signed Anthony Davis and gave three of their main players in return. Lonzo Ball, Brandon Ingram and Josh Hart were sent to the team of New Orleans Pelicans along with several draft picks. While the Lakers finally paired up LeBron James and Anthony Davis, things are not all happy on the other side.

Josh Hart bitter as hell. It’s ok, I’d be mad if they traded my ass too but all this passive aggressiveness and petty comments won’t make you a better basketball player. Stick to Fortnite lmao

Idc if you’re a Laker fan, if you bash Josh Hart, we’re fighting.

Josh Hart is one the players who is upset over the deal and the Lakers not informing him made it worse. The player got to know his new team destination from Twitter and it was kind of insulting. Hart doesn’t want to play in the Pelicans team and come back to the Lakers very soon.

Not Happy with the Pelicans Trade

Hart learned about the whole deal between Lakers and Pelicans from Twitter which is kind of ironic. The Lakers should have informed him about their move before finalizing anything. Hart also threw some shade over the Lakers and also not liking to play in New Orleans.

I played my ass off for the purple and gold. Played hurt and never had an excuse. I’m truly grateful to the Lakers organization and I do understand the NBA is a business. But as a player you just want the courtesy of a phone call saying I got traded and not finding out on Twitter

[blockquote footer=”Josh Hart on the Pelicans trade”]I played my ass over in the Lakers and never stopped even when I was hurt. I never made any excuse and this is what I get in return. I am always thankful to the Lakers organization and understand that is more of a business than a sport. But a simple phone call would have been enough. I got to know about the trade to Pelicans from Twitter and it feels bad.[/blockquote]

Josh Hart will finally have the chance to prove them wrong in the upcoming games of NBA 2019-20 season. Los Angeles Lakers vs. New Orleans Pelicans will get more interested as 4-5 players will be playing against their previous teams.

Hart and other teammates from Lakers know their strength and can do a lot of damage. The Pelicans can also use this situation and give the floor to the motivated Josh Hart. Lakers may finally realize their mistake and Hart can come back to the team for the next NBA season. 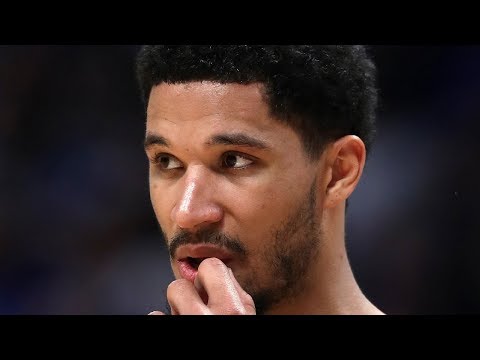