Houston Rockets were the winner of post-free agency deals when signed Russel Westbrook in a trade exchange deal. The much problematic Chris Paul was given to the Oklahoma City Thunder and they got Westbrook to pair with James Harden. The duo goes back to a long time and the Rockets are already in big leagues such as Lakers and Clippers for the next NBA finals.

The Rockets now just need another shooter in the backcourt and they will be unstoppable by any of the teams. The latest rumors suggest that Houston team is looking at Jared Cunningham for a deal and a workout has been scheduled. Cunningham who played a few years ago in NBA has moved a lot around the world and is finally back to the USA for his future career.

Jared Cunningham last played for the Milwaukee Bucks in NBA during 2016 and then went to Italy for an overseas career. Cleveland Cavaliers drafted Cunningham in 2012 at No. 24 overall pick and then he changed the team a lot. After playing for six NBA teams, Jared just had an average of 2.3 points per game and thus he had to move out.

Former NBA guard Jared Cunningham will be taking part in a free agent workout with the Rockets in Houston this week, a source said. The athletic guard played in Italy Basket Brescia Leonessa last season and last played in the NBA for the Bucks in 2016.

Cunningham then started to play for Italy’s Basket Brescia Leonessa in Serie A where he improved his game a lot. The 28-year-old has learned a lot in Italy and last had an average of 13.8 points per game. It is time for Cunningham to make a comeback and the Houston Rockets could be his next destination.

Houston Rockets have two of the best players in NBA in the form of James Harden and Russel Westbrook. Both were the MVP of the NBA in the year 2018 and 2019 respectively and forms a solid backcourt. All they need is someone to support them and handles the shooting when they are not available.

James harden and Russel Westbrook two of my old boys on one team. Houston we have a problem 🔥🔥🔥🔥🙏🏽🙌🏽

Jared Cunningham is perfect for the job and also he got a lot to contribute to the new things and techniques he learned in Italy. The Rockets have only re-signed Austin Rivers while Iman Shumpert and others have moved out of the team. Houston needs new players to win the NBA 2019-20 season and Cunningham could be one of them. 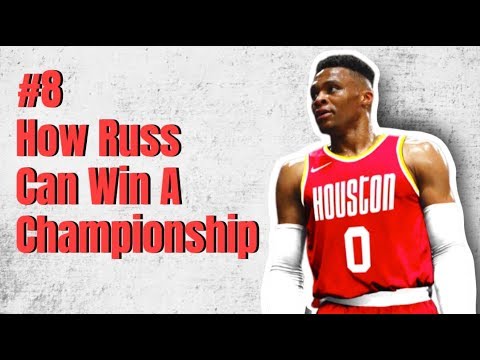