Golden State Warriors are missing most of their players and it is time to get some older faces back. Andrew Bogut, who played for the Warriors in the 2019 NBA finals can be one of those names. Bogut is an Australian resident who plays for the Sydney Kings in NBL and also for the national team. In the recent game against Team USA, Bogut and Patty Mills surprised everyone by winning the match.

Big day in Basketball for this Country🇦🇺🇦🇺. Well done to the people involved having the 🏀🏀 to organize playing a bball game in a football stadium. Can’t make everyone smile all the time, but I hope today was a day where most did.

While Mills is returning to NBA for the team of San Antonio Spurs, the same can’t be said for Bogut. But the recent performance caught the attention of Warriors coach Steve Kerr and he is all praise for the Aussie. The Warriors could soon offer a deal to Andrew Bogut and his coming back to the NBA is almost confirmed.

The Warriors would love to have Bogut back in their roster and it depends on his health and fitness. The 34-year-old Australian had his share of injuries and was seen limping after recent Australia vs. Germany match. It is still not clear whether Bogut will play for Team Australia in the match against Canada on Sunday.

Andrew needs to recover and prove his fitness to the team if he wants to get back to the Dubs side. Apart from that, there is also the problem of negotiation with the Sydney Kings as they still own Bogut for the next year. The Warriors and Kings would reach on some kind of trade agreement where they both could use the backup center in their teams.

Warriors lost a few players and got some new ones and it has changed their roster entirely. Draymond Green, Kevon Looney, and Willie Cauley-Stein are enough to handle the center position and the addition of Bogut makes it further strong.

Steve Kerr likes the idea of Andrew Bogut making another run at the NBA.https://t.co/0Bj7MH9Vw7 pic.twitter.com/mdaReuWeon

Andrew Bogut is more than on board with returning to the #Warriors for another stint.#Dubnation pic.twitter.com/byC9J6Jimz

Bogut is a big man who can protect Stephen Curry from the offensive opponents and give him a chance to score. If everything goes right, the Warriors will soon re-sign the big Aussie man. Warriors needs some depth in their roster and Bogut is the perfect fit for the 2019-20 season games. 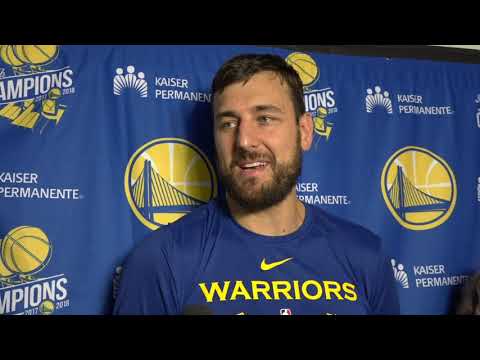