NBA free agency is near to its end and yet there are many players who have not made a deal with any NBA teams. The biggest star in the list is Kawhi Leonard, whose deal is the focal point of the free agency. Once Leonard has made a deal, the other NBA stars would also pick their teams. Danny Green and Marcus Morris are two such names who despite getting good offers are waiting for the Leonard deal.

The Los Angeles Lakers, Toronto Raptors and the Los Angeles Clippers have the top chances to acquire Leonard, Green, and Morris. But the Lakers are the one in dire need of another player, and they have been trying hard for Kawhi Leonard. Here is what the Lakers is planning and how the Green, Morris and other free agents deal can play out.

Lakers have a lot of Cap Space

The Los Angeles Lakers are currently sitting on a $32 million cap space, which would go waste if they don’t act soon. LeBron James and Anthony Davis have made the Lakers a very powerful team, and now they need a third star. They previously tried their hands on Jimmy Butler, but he went with the Miami Heat instead.

Kawhi Leonard is their main priority now, and without him, they would have a lot of trouble. The Lakers could sign Danny Green and Marcus Morris both if the Leonard deal is not done. The money saved for Leonard will be enough for both Green and Morris. If the Lakers don’t hurry, then they won’t even be able to sign them and the resort to tier-3 level free agents.

Danny Green has made his path straight, if Leonard comes back to the Raptors, he would also join him. Otherwise, Green would like to go with the Lakers as he always wanted to play together with LeBron James and Anthony Davis. Marcus Morris is represented by Klutch Sports, the same agency which managed James and Davis.

It makes a lot of sense if they negotiate the deal of Morris with the Lakers. On the other hand, DeMarcus Cousins is having a hard time getting a good deal and has even changed his agent for that. The Lakers should sign Cousins as he is the only player among the three who could actually replace Kawhi Leonard. 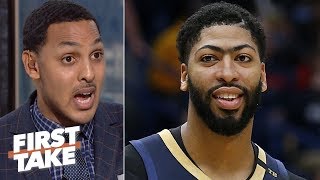 UPDATE: It seems LA Lakers have indeed signed Danny Green. The fate of Marcus Morris, however, is still unknown at this point.

LA has just become the king of basketball with the Lakers adding AD, Cousins, Danny Green, JaVale McGee, and KCP and Kawhi Leonard and Paul George joining the Clippers. It’s going to be awesome to watch NBA basketball in LA this season!