The brains behind the management of the New York Knicks were supposed to be meeting with Kawhi Leonard in Los Angeles this week. But instead, they were 4 hours away, at the sidelines of a practice court at UNLV this Wednesday. They were watching summer league practice, and having a merry time.

Kevin Durant too decided to head to the Nets instead of the Knicks, despite some in his camp wanting him to head to New York. Around the same time, the Knicks also realized that any plans to land Leonard without getting Kevin Durant were futile.

Should Kawhi Leonard have run it back with the Raptors? Jay and Kayla intend to settle it once and for all in the debate segment to end all debate segments! #JayAndDan pic.twitter.com/SjYtuTi6WE

A source revealed that Leonard did agree to meet with the Knicks management, but only after Wednesday after he was finished with the Lakers and the Clippers.

Danny Green just told reporters on a conference call that he believes it was between the Clippers and Raptors for Kawhi Leonard.

It was a logistics problem that led to the Knicks not signing Leonard. They knew that if they waited till Wednesday, all the players they did sign would be off the market. And they had already spent around $70 million in cap space in the first 24 hours of the free agency, knowing the risk of waiting till Wednesday.

One more player to still arrive at the Knicks

Leonard had to fly back from LA to Toronto, for one final meeting with the Raptors. As we now know, that turned out to be a lost cause, with the Clippers getting his signature instead.

As of this Wednesday, the Knicks still have $4 million cap space and a $5.8 room exception left. They also have a spot left on their 15 man roster. Reports that Lance Thomas is the current favourite to fill up that last spot. Vince Carter is in the running as well. 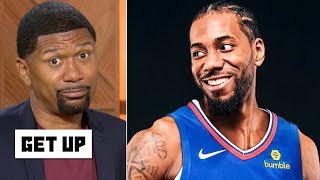