NBA 2K21 release date will happen this year as it is one of the most famous sports-based gaming titles. 2K Games and Microsoft have collaborated many times and hence fans are thinking that NBA 2K21 will launch alongside the upcoming gaming console Xbox Series X coming out in late 2020. Here are more details on NBA 2K21 release date, cover, features and the possibility of launch with Xbox Series X console.

NBA 2K21 is awaited very much by the gamers as the last edition NBA 2K20 was filled with a lot of bugs that were corrected over with several patch updates. Fans are hoping that the developers will make sure that NBA 2K21 is not infected with bugs and they can enjoy the gameplay without any errors or glitches.

Microsoft and 2K Games have a very good understanding and several of the games have been available with great discounts or even free playable days on the Xbox One console. It is why everyone expects that the NBA 2K21 game can be launched at the same event where Microsoft launches Xbox Series X. The upcoming Xbox X console along with Sony PS5 will ray tracing, SSD upgrades, CPU and GPU improvements which makes it perfect for a game such as NBA 2K21.

NBA 2K games generally follow a strict annual calendar and every new title is launched around the month of September. Hence, there are not many chances that NBA 2K21 to come along with Xbox Series X in late 2020 instead of September 2020 launch.

Also, NBA 2K21 will most likely support Xbox One and Sony PS4, given not everyone will update their console at the launch. There are reports that basketball fans and gamers are asking to put Kobe Bryant as legend cover in NBA 2K21 which could easily happen as the late Lakers legend is missed by everyone. 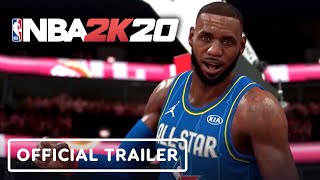