NBA 2K21 release date is set for this year and the next-gen gaming consoles such as PS5 and Xbox Series X will also be launched a few months later. Many of the gamers are worried that they will have to purchase the same game twice if it doesn’t support the new gaming consoles. It should be noted that NBA 2K21 is originally developed for PS4 and Xbox One whereas the consoles releasing after that will have totally different specs.

Hey @TwoBrosGaming , is there any news about what will happen for #NBA2K21 from current gen console to next gen?

Like if we have a MYTEAM on xboxone, will it carry over if we upgrade to the new console?

But Microsoft has assured their users not to worry about any compatibility issues as Xbox Series X will support 4-generation of games and can easily run NBA 2K21. Here are more details on NBA 2K21 release date, compatibility, consoles support and double purchase issues.

NBA 2K21 game will definitely run on Xbox Series X and PS5, but the real issue is whether the same copy will work on the new consoles or gamers have to buy a new game title copy. Both Sony and Microsoft have promised backward compatibility on their upcoming consoles. Although nothing cleared has been specified by Sony on PS5, where Microsoft is very specific on Xbox Series X.

Gamers should never be forced to purchase the same game twice or pay for upgrades. Owners of #Cyberpunk2077 for Xbox One will receive the Xbox Series X upgrade for free when available. https://t.co/nfkfFLj85w

Xbox head Phil Spencer revealed that they will offer “four generations of gaming” meaning the games released for the first Xbox till the recent will be easily supported up to the Xbox Series X. Spencer also talked about Smart Delivery tech that will enable every developer and publisher to make sure all the games of Xbox One are compatible with Xbox Series X. 2K Games have said nothing about the compatibility of “NBA 2K21” but just like Cyberpunk 2077, it will be easily accessible on Xbox Series X.

NBA 2K21 release date will be around fall 2020, September or October to be more specific as 2K Games have been consistent with their annual launch schedule. NBA 2K20 was released on September 6 last year, so it is possible that the same pattern is followed by the next game in the NBA 2K series. Fans are demanding to include late Kobe Bryant on the “NBA 2K21” cover for the legend edition. 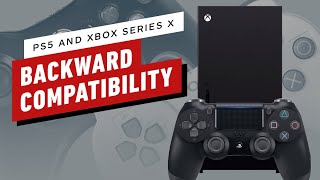