NBA 2K20 recently paid tribute to late Kobe Bryant by releasing a free Pink Diamond card in the game. While it is a great gesture, some fans are not happy with the card stats and have been calling out 2K Games. Many of the NBA 2K20 players are furious and are complaining that NBA 2K20 has insulted Kobe Bryant and they should upgrade the PD card numbers.

Bryant was killed in a helicopter crash last January in Calabasas, California where the accident took the lives of eight other people including his daughter Gianna, Here is more information on Kobe Bryant’s NBA 2K20 pink diamond card and how it is kind of disrespectful to the late legend.

Kobe Bryant Pink Diamond card went live on Monday for NBA 2K20 players and almost everyone has updated it to their game. The stats in the card are based on Bryant’s final year performance in Los Angeles Lakers as per 2K Games. The best part is that Kobe pink card is free for gamers and they can acquire it by entering the locker code KOBE-JHE93-J987G-PWEHD in MyTeam mode.

Every basketball game fan should be aware that Kobe Pink Diamond card is available only for base “NBA 2K2o” game. There is only one card per “NBA 2K20” account and the code can be redeemed until December 31, 2020.

NBA 2K20 game has tried their best to give a tribute to late Kobe Bryant but players feels that the stats and points are totally insulting the legend. Here are the numbers which  has been provided in the Mamba’s pink diamond card stats.

Fans are saying that the card numbers are totally disrespectful to Kobe Bryant and posted a comparison with other players such as Donovan Mitchell and Gilbert Arena. Some players are suggesting that whoever decided the stats of Bryant must be fired. While some gamers are appreciating the decision and saying it is a good thing that 2K Games released the Kobe Bryan pink diamond card for free and not behind a paywall. 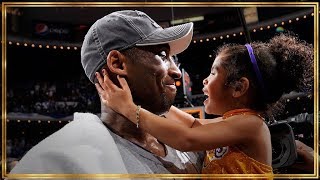