After the death of Carlos Muñoz Portal, the future of Narcos was uncertain but here it is, back with Narcos Season 4. Here’s all that you need to know about the show regarding its trailer, cast, plot and much more.

Narcos: Mexico was released in November last year. All of the ten episodes were released at once by the streaming giant. You can sit back and binge watch Season 3 of the show on Netflix. The announcement regarding the return of Diego Luna and Michael Peña was also made back then only. Narcos Season 4 production took place in Mexico City, Mexico. 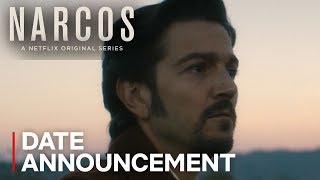 What to expect in Narcos Season 4?

After looking at the Narcos Season 4 teaser trailer, fans started speculating on advance what to expect from the show. DEA Kiki Camarena and Félix Gallardo AR Ed seen engaged in a savage game at the beginning.

Carlos’ death has raised several doubts about the viability of the Narcos Season 4. He was found shot dead in his car while he was searching for locations for the next season. Pedro Pascal said that it was tragic and the show must go on only if it is safe for everyone.

You may get to see an entirely new team with another drug cartel in Narcos Season 4. The show will focus mainly on the modern drug war and the Guadalajara Cartel of 1980s. In the previous season, Javier Pena revealed that corruption in Columbia was deep-rooted. The Columbian government was bought by Calis by funneling money to President Ernesto Samper.